In honor of the wonderful day that is May the 4th, I thought I would revisit a series of three interviews I had conducted with photographers who use Stormtroopers figurines in their projects. At the time, I was curious to know why so many of them were using these figurines in particular, and was interested in the originality of their creations despite the use of the same prop. So I crafted a few questions and sent it in the direction of several photographers, of which three kindly answered. 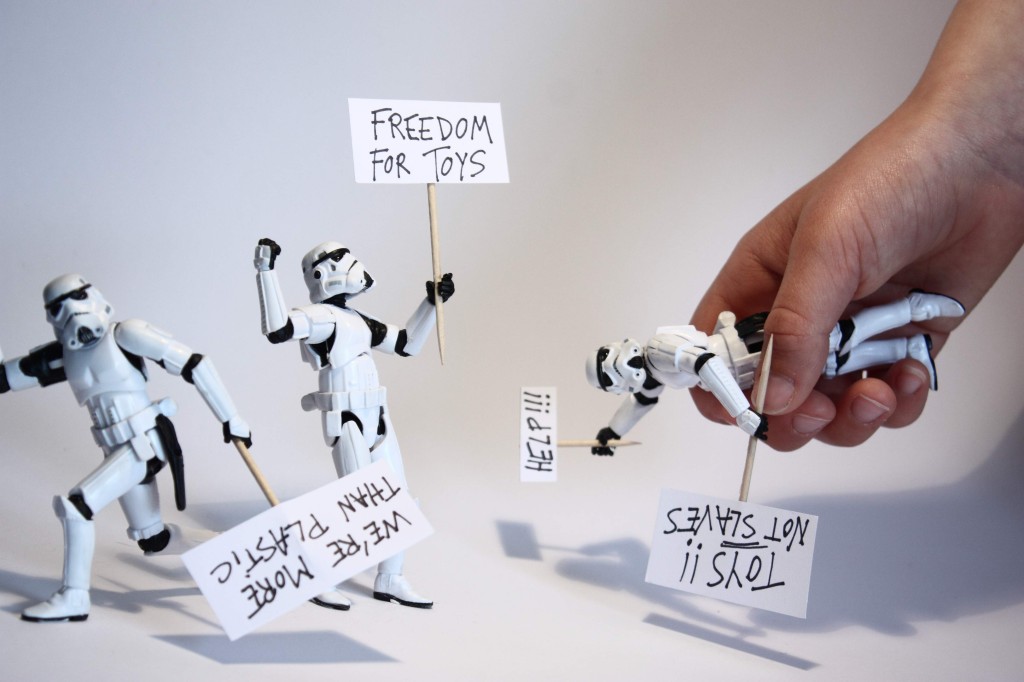 The first interview showcased Stéfan Le Dû’s work, Stormtroopers 365, a one year project started in 2009 which has enjoyed a great deal of popularity. The second interview introduced Kristina Alexanderson, who started her project in 2011 and still creates photos for the CClone 365-2011 and The troopers of 2012 albums. Lastly, JD Hancock, who uses several figurines in his photos, took part in the last interview I published in this series. You have undoubtedly seen his YMCA inspired photo before.

Stormtroopers are immensly popular as a subject of photography, illustration or video creations. I collect such creations on the Joking around with the Stormtroopers board, and it keeps growing. So why are the troopers so popular? Perhaps Alexanderson is right:

In my view, some of the attraction is in the helmet and the fact that it makes a Stormtrooper impersonal, and universal. We do not know what he looks like under the helmet. We could all be a Stormtrooper.

Here are two of my favorite videos to celebrate the day.

Do you know of any other photographer who uses stormtroopers as a subject for a project? Let me know!