To conclude a series of 5 posts about the apocalypse, I have collected my favorite artistic renderings and photos that allow of to imagine what a post-apocalyptic world would look like.

Yves Marchand and Romain Meffre have documented the ruins of Detroit. These images are troubling, sad and yet beautiful. They show objects that were abandoned, like books, a piano, chairs, as if people had left in a hurry. Some of these buildings are landmarks and the fact that they are left to this state is a tragedy.

Ruins of Detroit by Marchand and Meffre 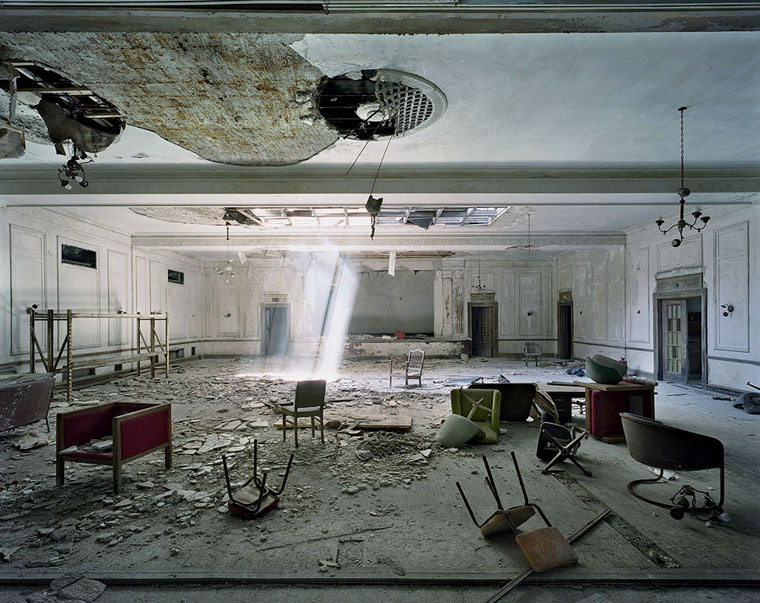 Lori Nix creates scenes that represent the effects of natural disasters on buildings and cities. The images she creates are colorful, whimsical and bright despite their theme. She builds the sets for her photos instead of seeking them. You can read more about her artistic process on her blog. 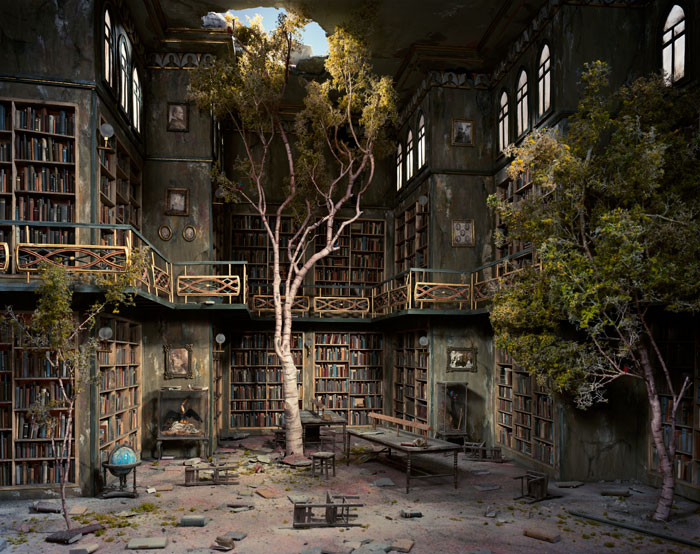 Jonas De Ro is a digital artist who works for the gaming and film industry. He has created a series of digital paintings that represent the future ruins of contemporary cities. He sometimes mentions the number of hours it took him to create a painting: the following took 8 hours to finish. Non-talented me finds that impressive. 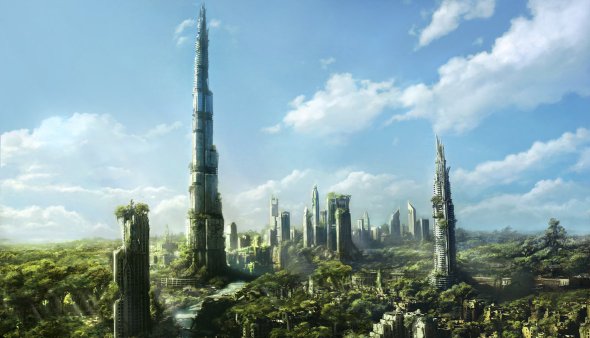 If you want to prove to yourself that you do not have a short attention span and want to read about post apocalyptic art, Paul Mullins wrote a great article on the topic (it got Freshly Pressed) over on his blog, Archaeology and Material Culture. Give it a read!

I found great lists of abandoned buildings and cities over at Web Urbanist. Some of these include castles, factories, aquariums and water pumping stations. Information about location and reasons for abandonment is given about each photo.

This post marks the beginning of my holiday season break! I will be back on January 10th with new anthropology posts.

Have a great holiday and take care!