Why does the world need anthropologists?

Some years ago, Hal Wilhite (2005) argued that energy needs anthropology. Using energy means converting it from one thing into another (e.g. wood to heat, gas to light, electricity to motion), so any use of energy necessarily entails engaging with a socio-technical system. Whether that system involves the collection of wood to be burned on a stove, or the generation of electricity from renewable sources to be fed into a grid whose users plug appliances into a socket, energy systems necessarily entail distribution, and distribution is a political question. When energetic resources are distributed around the world, it should be clear to any anthropologist that they are entangled in political and economic systems with long histories: through colonial relations, systems of privilege and subjugation, professional communities, unequal systems of governance, and so forth (Behrends et al. 2011; Shever 2012): energy is power, if you excuse the pun (Boyer 2014). Anthropologists are not only well placed to show how these contexts can lead to perversions of energy justice, unequal access to energy services and resources or to energy markets, but anthropology can also be used to ameliorate injustices and suffering related to energy infrastructures and businesses. 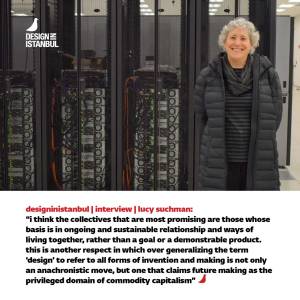 Beyond the question of resource distribution, anthropologists have also been key to rethinking the design of systems and appliances for the benefits of their users. Anthropologist Lucy Suchman (2007) famously used ethnographic techniques to look at how people actually use machines, rather than how engineers and designers think people use them. Her findings have been highly cited, and led to significant changes in the design of appliances and services. Other anthropologists have used visual-anthropology techniques, such as Sarah Pink videoing people going about everyday domestic practices, or Suchman herself seeing how people tackle new tasks (such as updating software on their computers). These techniques allow anthropologists to show engineers that functions that appeared to be simple actually relied on a broad range of assumptions that the engineers were not aware they were making, leading to terrible difficulties for users of the products or services. Instead, anthropologists are promoting people-led development and human-centered design, to ensure that products don’t produce disadvantage or disability. Anthropology offers knowledge and ethnographic tools to dissect differences between designers and users, reflect them back to different groups, and open up a space for deliberation and understanding. 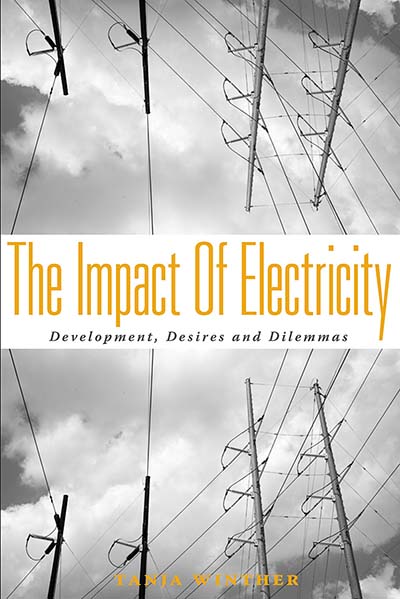 The Impact of Electricity, Winther

Sophie Bouly de Lesdain, an anthropologist working at EdF (Electricité de France), will explain at Powering the Planet how energy technologies and policies backing solar panels are often fuelled by public enthusiasm for ‘green’ energy. When it comes to installing solar panels in communities, however, there may be all sorts of competing assumptions about what solar panels are, how they work, who they are for, or whether they are dangerous. Projects can easily meet obstruction and resistance if these issues are not fully understood. An anthropologist is capable of pre-empting misunderstandings may emerge between designers and communities, serving as a liaison to better explain funding streams, the function of the panels, and the separation between generation and supply. Moreover, anthropological involvement in the design of the solar panel system, or engagement with the housing association could have helped to identify emerging misconceptions and see how these extend into the chain of socio-material energy infrastructures. In so doing, local knowledge, expertise and training can similarly be incorporated into energy infrastructure initiatives. In her book on The Impact of Electricity (2010), Tanja Winther showed very clearly how changing energy infrastructures can have far reaching effects. Electrification can affect gender relations, generational dynamics, power networks and more. At Powering the Planet, Winther will draw on her experiences to reflect on the relationship between open and contextualized knowledge that anthropologists produce and the normative realm of policies.

But it is not only anthropologists who can tell us why the world needs anthropologists. At Powering the Planet, Benj Sykes will explain why anthropologists are needed in the energy industry. Sykes is Head of Asset Management at the UK arm of Danish multinational energy company DONG, an organization leading the construction of the largest offshore wind energy field in the UK. At the headquarters in Denmark, DONG recently sold their last oil and gas holdings, and will now focus their business entirely on renewable energy, a bold move among oil companies around the world. That DONG recognizes the need for anthropologists is welcome, but hardly ground-breaking. American corporations such as Xerox, Appel and Intel were early adopters of anthropology, for good or ill, and Norwegian energy corporations have employed anthropologists since end of the twentieth century, at first to help with ‘corporate social responsibility’, but increasingly to help companies think about their offshore activities, and the significance of human rights in energy developments.

Around the world, anthropologists are engaged in all sorts of experiments and trials to bring their methods and expertise to the world of energy. The PEOPLE project, co-funded by the EU Erasmus+ programme, is one such trial, bringing social science students into companies to work on the design of products and services. For example, students in the Anthropology Department of the VU University Amsterdam are working with the Dutch network distribution organization Alliander to refine energy services with communities, while students at Durham University are working with a start-up company designing machine-learning apps for monitoring elderly and vulnerable people at home. Students in Slovenia and the Czech Republic will be doing likewise, thanks to project funding. Anthropological input in these initiatives is already making a major difference, rethinking how people live with appliances and services, how people organize locally to help each other, and how people relate to corporations and state agencies. Anthropologists can show how companies must look beyond the fictive ‘householder’, and see a real, complex, and living society, so they can refine their work to benefit everyone, not just their shareholders.

Clearly, there are many ways that the world of energy needs anthropologists, and there is also a need for anthropologists to demonstrate why ethnographic methods and theories are useful beyond the discipline. The People project is an example of how this can be done, but many more examples will be on show at the event in Durham, at the talks, workshops and information ‘hotspots’ throughout the weekend.

To find out more, join us at Why the World Needs Anthropologists: Powering the Planet, at Durham University on 28-29 October 2017, and choose between 5 participative workshops on day 2. If you can’t make it to Durham in person, join us online for all the plenary events on day 1. Registration is available at www.applied-anthropology.com 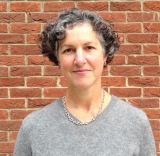 Simone Abram is Professor in the Department of Anthropology at Durham University, and a co-Director of the Durham Energy Institute. She is currently a member of the UK’s National Centre for Energy Systems Integration, a £5m, 5-year centre funded by the UK Engineering and Physical Sciences Research Council (EPSRC). She is also a Principal Investigator on the PEOPLE project (‘People-Centred Development Approaches in Practical and Learning Environments’), a 4-country university-company collaborative project funded by the EU’s Erasmus+ programme (see people-project.net).