Editorial Note: This article will be released in three parts over the course of the next month. Stay tuned.

Shouts ring out around one of the main halls in Örebro’s grand old castle – is it a horde of marauding Danes at the gates? No, a more contemporary army has descended on Sweden’s sixth largest city (although some are indeed Danes, and some do maraud). A large group of mainly middle-aged men, some clad in team colours, have come to Örebro to participate in ‘Eurobowl’ – an annual event bringing people from different parts of Europe to compete playing Games Workshop’s ‘Blood Bowl – the game of fantasy football’. A board game where ‘teams’ based upon many fantasy tropes (dwarfs, elves, goblins, trolls etc.) play a twisted interpretation version of American Football, where violence is encouraged and chainsaws, steam rollers and bombs are regularly fielded. 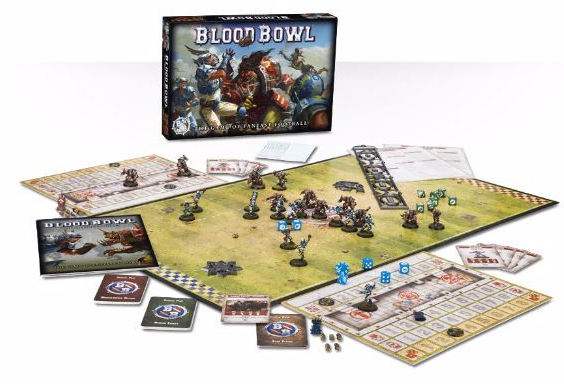 The latest edition of Blood Bowl

The whole event staggered me when I saw it online – ‘a Blood Bowl tournament? In Örebro?’. I had played Blood Bowl a fair bit amongst friends as a teenager and still enjoy the odd game infrequently against my oldest friend. More recently, the release of a computer game version in 2009 had rekindled my interest – allowing me to play against a colleague periodically. The chance discovery that the ‘European Cup’ of Blood Bowl was taking place in the town I lived was too good an opportunity to miss. Gathering up the colleague and a friend of his, we dusted off our dice and teams and braced ourselves for two intense days of largely non-stop playing. There was a risk none of us would ever be the same (or sane) again…

Blood Bowl is thematically based on a combination of fantasy fiction and American Football. The game’s setting is an alternative version of Games Workshop’s ‘Warhammer world’. The Warhammer world is where numerous fantasy races are locked in endless (table-top) battles to extinguish one another. By contrast, in the Blood Bowl universe, all (people, creatures and Gods) have become completely addicted to ‘Blood Bowl,’ the sacred game of the ancient god Nuffle – pun intended on the real world’s ‘NFL’. Instead of endless warfare energies are directed towards victory on the pitch. A key part of the atmosphere of this themed world is a vein of surreal and occasionally dark humour.

Back in the real world, Games Workshop originally released Blood Bowl in 1986, with a second edition coming in 1988, taking advantage of the 1980s popularity of American Football in the UK. It is fair to say that the third edition released in 1994 was a key moment in Blood Bowl history, with the basic ruleset largely unchanged since then. The most recent iteration was released in winter 2016.

Did You Knows are frequent sources of the humour that form part of Blood Bowl’s mythos (Johnson 1994:27)

As for the game itself, like many Games Workshop games it involves collecting and painting figures, which may then be used in the game. Indeed, despite the competitive side of Eurobowl 2016 it was mandatory that all one’s figures were painted. In terms of game mechanics, a lot rests on the calculation of odds – both players are trying to manoeuvre their teams into positions where their opponent is faced with increasingly difficult dice rolls. Luck thus plays a considerable part – with the ever-present possibility of a desperation play paying off. This is certainly not to say that there is no skill to the game – the variety of in-game options means that there are myriad ways to dominate the opponent. Indeed, to the author it was an eye-opener to be exposed to the advanced meta-game, where heavy emphasis is placed on pushing/avoiding having players pushed off the pitch (where the crowd automatically injures them) often by “surfing” multiple players into one another. In terms of strategy most teams fall into two types – strong, slow teams that dominate the fighting aspect of the game, often driving up field at a glacial pace; and faster, agile teams that are more likely to score through throwing plays. There are numerous official and unofficial teams – 24 were accepted at Eurobowl 2016 – each of which have different strengths and weaknesses in different aspects of the game. 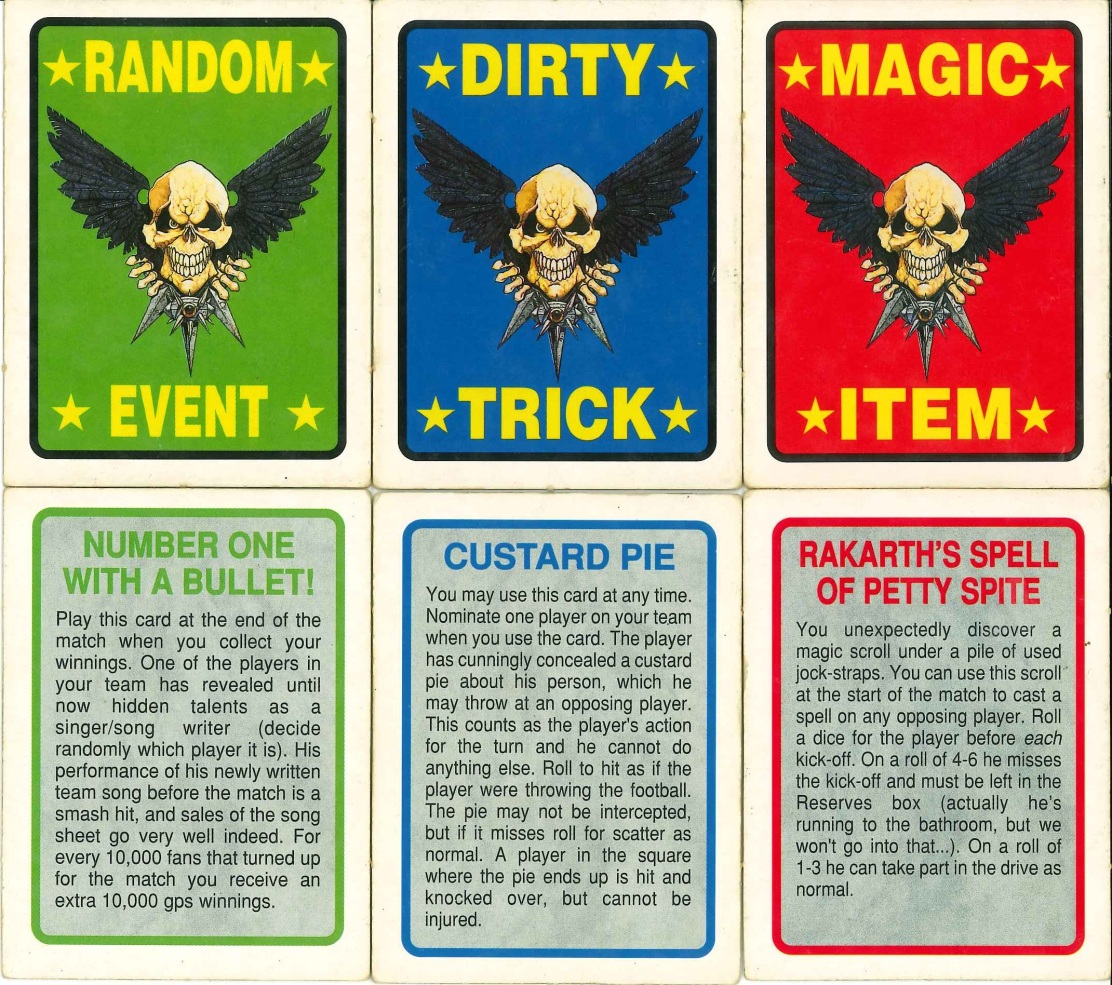 Having set the scene with this first post, the remaining posts in this series make analytical reflections based on observations of Eurobowl 2016. These reflections are prefaced and interspersed with ethnographic episodes ordered in a match by match basis. These serve to give a flavour of the action. In analysing the material, the intention is not to definitively ‘explain’ Eurobowl 2016 and the wider Blood Bowl community; rather drawing heuristic reflections. As the description will show, Eurobowl 2016 connects to wider communities within society, influenced by various socio-political dynamics. Making sense of an event such as Eurobowl 2016, at least initially, requires the researcher to demarcate their research object if the intention is to avoid an incomprehensible mess. As such, the material presented here can be seen as one initial step in an attempt to understand a series of wider societal phenomena. 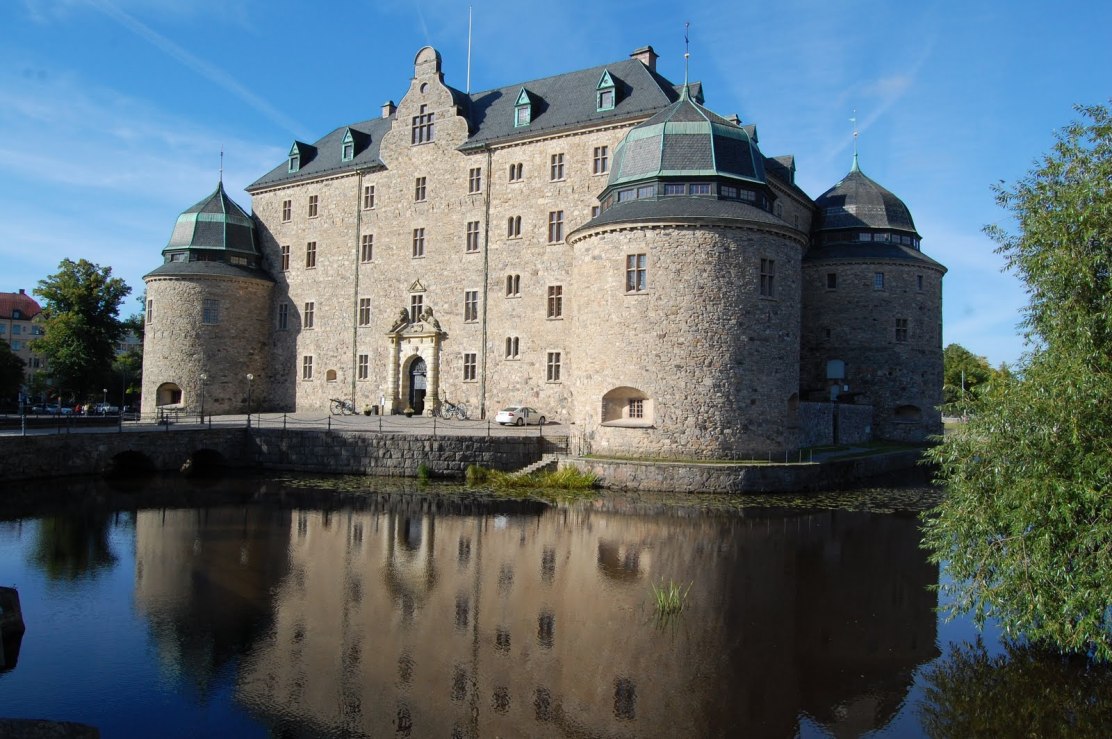 The exterior of Örebro castle

Round 1: The ‘EurOpen’ tournament (see below) takes place in a hall normally used for business events such as Christmas meals in Örebro castle (see pictures 4 and 5). Specially produced playing boards (‘pitches’) are laid out with players excitedly seeking out their allotted table and opponent. I’m increasingly nervous as I realise how seriously some teams seem to be taking it. This nervousness continues as our opponents appear, trooping in together wearing matching outfits. They are three Italians, some of whom (including my opponent) have previously played for the Italian national team. All three of their playing-teams are beautifully painted. Suddenly, time is called and we’re off! I’m playing as dwarfs and my opponent as orcs– two playing-teams that are physically powerful but slow. In a blizzard, my team receives the kick off and sets off up the pitch and, predictably, play stagnates into a gruelling battle as we seek to decisively injure enough of the opposing players to break through. The first half ends in stalemate, although I am under pressure from a skilled opponent. In the second half the battle resumes and, whilst I make my opponent work, he wears me down and scores. I am defeated 1-0! My teammates also posted defeats against strong opponents – our best player in particular struggled in switching from the computer version. Not an auspicious start!