As The Geek Anthropologist has expanded over the past several years, the editors have had a number of discussions about our identity as an online publication. Though our project, generally speaking, is to provide anthropological sensibility to geek culture broadly defined, that ethnographic orientation also involves a predisposition towards activism. When Marie-Pierre first began the blog back in 2012, her posts on representations of indigeneity, fake geek girls, and the political ramifications of video games were informed by the importance of radical inclusion, respect and a recognition that anthropology is a platform for social justice as much as it is a discipline for studying human difference. As our team grew and the pieces we promoted began to diversify, we’ve discussed the extent to which our politics should inform the kinds of material we want to publish. These branding conversations occurred contemporaneously with the growing vitriol and anger in sub-groups of geek culture—it seemed irresponsible not to acknowledge the cultural politics at play, contextualize the white male gatekeeping, and posit new ways of engaging with communities that express antipathy towards difference or change.

These stakes were heightened and focalized during the #GamerGate controversy of 2014. When the violence against Brianna Wu, Zoe Quinn and Anita Sarkeesian erupted on the Internet, I had just returned from service as a Peace Corps volunteer, a position that aligned with my anthropological background and allowed me to use my power and privilege to work in solidarity with communities in need. The three goals of the Peace Corps are simple: to help the needs of interested communities (go where you’re called); to help promote a better understanding of Americans; and to help promote a better understanding of your assigned community to Americans back home. Ideally, your role as a Peace Corps volunteer is not merely capacity building and sustainable development, but also cross-cultural communication and understanding.

As I developed the project at my site, I spent a lot of time talking to host country partners about American culture and politics. Even in communities with limited electricity, and no digital infrastructure to speak of, I was surprised at how excited Fijians were that we had a president who was a person of color. This soft power was obviously complemented by the innumerable, yet invisible ways that our foreign policy affected my local community—from their sense of economic dependency on the tourism industry, to the growing sense of precarity due to climate change. Their sense of insecurity is bound to change. I can only imagine how Peace Corps volunteers in the field are being called upon to explain what has happened.

When I returned to the United States, my activism on sexual and reproductive health issues continued. As I tracked the hashtags, incidents of doxing, and threats #GamerGate targets received, I received a call from a friend. She had been roofied and woken up in a hospital with no memory of what had happened to her. Even though she had not been harmed, it was still an act of sexual violence—someone had decided that her sense of power and control over her own body should belong to someone else. As I held my friend’s hand, and considered all the threats and forms of violation those who spoke out against #GamerGate faced, I realized that my sense of fear for the repercussions of speaking out could not outweigh the necessity of building critical consciousness and awareness of the issue. Though they operated in different spheres and social dimensions, the sexism and subterfuge of my friend’s experience and the politics of #GamerGate were intimately interconnected. As Audre Lorde reminds us, silence will not protect you, even if sometimes silence seems like a refuge. As anthropologists, we do not necessarily leave our politics at the door of the academy, nor is objectivity necessarily eliminated by investment in a cause.

And so I wrote about misogyny in geek culture, the rising tide of sexist, racist, homophobic hatred that had begun to suffuse digital spheres and bleed into our day-to-day lives. The kind of violence and ire that instigated #GamerGate is similarly connected to the outcome of the most recent election–we saw the slow burn of white male privilege and the role of technology in manufacturing and circulating half truths and insensible fearmongering. We witnessed the visible, and for many familiar, patterns of patriarchy at play, the easy dismissal of consent and the double-standards of gender. And yet here we are.

Our website does not always directly grapple with explicitly political and controversial topics. But we are dedicated to Ruth Benedict’s proposition that anthropology’s job is to make the world safe for human differences. Throughout this election, the complexities, idiosyncrasies and hypocrisies of humanity have been on display. Friends, intrigued by my anthropological training, have asked me whether there are certain universal traits all human possess. Anthropology’s foundations in cultural relativity demand an acknowledgement of the contingencies of society, politics, culture, economy, and morality—everything makes sense within its own context. But it would be foolhardy to assume that the status quo which seems so natural and normal in one place is the same the world over.

That being said, in my studies and travels throughout the world, I have been moved by two persistent qualities in the people I’ve met: creativity and kindness. Part of the poetry of anthropology, and what drew me to the discipline, is the incredible profusion of ways of being in the world—the diversity of stories that provide coherence and purpose to the quotidian operations of social life, the innovations in kinship structures, survival techniques, ritual discourse and systems of exchange that highlight the capacity and flexibility of the human imagination. I am also continuously struck by the kindness I experience and witness during fieldwork, the extraordinary care communities and individuals undertake to make others feel welcome. This sense of compassion can manifest in a multitude of ways and is inevitably related to my positionality as a white outsider, but, nonetheless, societies formulate spaces by and for one another. 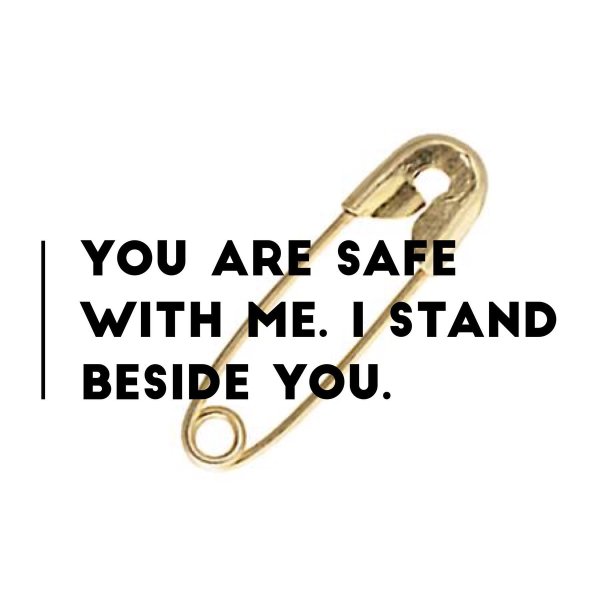 The results of this election, its national and international repercussions, have incredible cultural significance and potentially disastrous political ramifications. We are still trying to make sense of it—these webs of signification we weave and the horrible knots that elicit tangles of dispossession, despair and danger. Yet I cannot believe that the results were driven by hatred. Instead, the outcome of the election is emblematic of the dire need to engage in critical conversations about difference. Fears that the changing composition of our country stem from systemic barriers to public education and the failure to facilitate engaged discussions about racism, sexism, homophobia, xenophobia and ableism. If a lack of understanding breeds anxiety, and anxiety breeds hatred, then our pathway is clear—forging intersectional alliances that acknowledge difference while illustrating the viability and advantages of diversity. This is why anthropology matters. We can be the conveners, the moderators, the facilitators of these cultural exchanges, these conversations that engage with these multifarious issues in a way that doesn’t alienate but still promote a sense of responsibility and reciprocity. Anthropologist Marshall Sahlins pioneered the teach-in during the early 1960s to protest the Vietnam War. We have models to engage our students from both within and outside the discipline, and it’s more important that ever that we work across fields and departments to cultivate change.

We also need to consider who we are speaking to and who we are conducting our fieldwork for. Public anthropology is useful only in so much as we access communities outside of our discipline. This relies on our ability to code switch, to employ alternative writing styles, and to communicate effectively and efficiently across different audiences. Trump’s candidacy was fueled, in part by a sense of anti-intellectualism and mistrust of high theory. It is therefore our job to speak across the divide and galvanize awareness in the publics that would be not otherwise exposed to concepts like ethnocentrism, structural violence or biopower.

Finally, whether or not you identify as an activist anthropologist, we need to reconsider the political dimensions of our ethnographic work. We tend to associate fieldwork abroad with anthropological prestige and “realness”, but there are places to study up and study down in our own backyards. Given the limited academic positions available to anthropologists at the moment, many anthropologists work in the non-profit sector, in businesses, or within the government. We’ve infiltrated organizations and institutions around the country. As the sometimes invisible insider-outsiders, our perspectives can inform the future direction of our country. We can help to explain what is at stake if we continue to mistrust those who do not fit a particular white, cis, heterosexual, Christian male figure of the American ideal. The culture that we imagined ourselves to be living in has been summarily shattered, but we are, after all, a species that continues to surprise and disrupt the bonds placed on us by the natural world. It’s time that we extend our gaze beyond the academy and do the public anthropology work we are being called upon to perform now.

I also believe that humans are essentially narrative creatures. We construct elaborate stories that make sense of the world and our place within it. Call it religion, epistemology, world view, cultural perspective, what have you. We are just as much the authors of our societies as we are the actors within them. We therefore have the power to tell a different story about who we want to be as Americans.

On our side, we will continue to write about the issues of culture, society, science, technology, medicine and politics that matter to us. We reiterate that we stand in solidarity with Standing Rock, with Black Lives Matter, with Planned Parenthood, with the LGBTQIA community, with immigrants and refugees and with individuals who are differently abled. We recognize that these identities cannot and should not be separated, and it is only by addressing our role in these events that we can move from grief to action.We acknowledge that everyone is experiencing the election in different ways and that insecurity is only heightened by dismissal of emotion. We also encourage contributors and guest writers to reach out–we hope to make the blog open and inclusive to a number of voices, perspectives and experiences. After all, at the end of the day, what is want is for everyone to live long and prosper.

Thanks for the reminder Margaret.