Everyone is talking about innovation. Big business wants it, startups want it. Even my grandma wants it. But how do you do it? What is the elusive formula that produces and maintains innovation? It’s the business question of the day.

What innovation actually is depends on who you are talking to. In general innovation is seen as the application of better ideas to existing market meeds. There are conferences built around innovation, companies have innovation days to introduce new products and generate new ideas, and there are even jobs where you can be the head of innovation. Although we may not all agree on one definition of innovation, we know it when we see it, and companies large and small are on the lookout for it.

Yet many of us anthropologists are innovating all the time, even if we don’t call it that by name. This is especially true for those of us working outside the academy. Anthropologists are often employed in positions where they are contributing to design and research teams. They may use ethnographic methods to gain information and understanding of a given community in an effort to help a larger entity or company better communicate or market to this culture. In fact, I would suggest that innovation and anthropology are like sisters that walk hand in hand. Innovation is the result of applied anthropological methods to a consumer-based problem.

Part of being an anthropologist involves willingness to throw yourself into unfamiliar circumstances with eyes wide open. We recognize the power of cultural relativism and try our best to understand other groups from their perspective. In so doing, we find new ways to see ourselves and new models to view and interact with the world. It is this process that leads to innovative ideas, products and services. The seeds of innovation live inside of our discipline and, as anthropologists, we are constantly shaping our abilities to act as innovators. 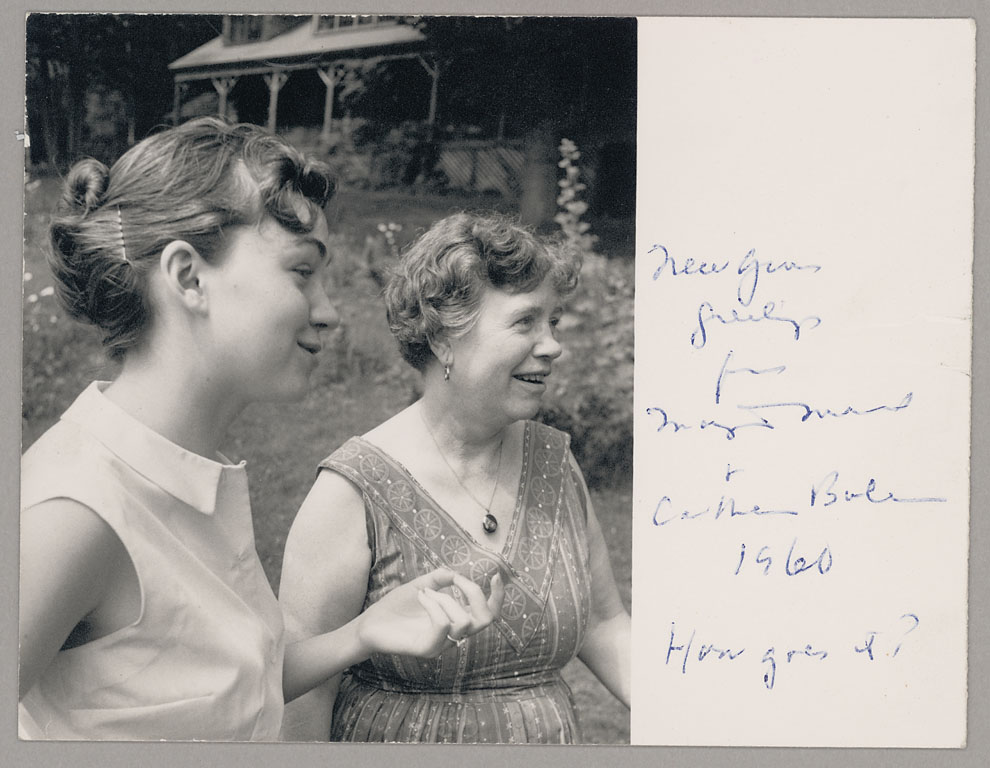 The history of anthropology is full of ethnographic innovation and wider perspectival shifts. Margaret Mead became famous for her writings about sexuality in Samoa. She mused about the fluidity of human sexuality during a time when female sexuality was a taboo subject. As a result of her scholarship, Mead is credited with laying the ground work for the sexual revolution in the 1960’s. She was an innovator by virtue of being a human scientist. Her work with other cultures forced Americans to realize that their accepted social norms were not necessarily “natural”, but likely by design.

Mead’s daughter and fellow anthropologist Mary Catherine Bateson talked of how her mother was an innovator in child rearing. At the time of Mary Catherine’s birth, it was normal to impose a feeding schedule for newborns. In the 1940’s during post WWII America, it was considered “primitive” to breast feed children. Margaret Mead was defiant of the existing culture standard in the US. Her experiences in other cultures showed how adaptive breast feeding was for both mother and child. She insisted that she would breast feed her child “on demand”, when the baby indicated that they were hungry. Mary Catherine’s pediatrician Benjamin Spock had never experienced a child raised this way before. Mead’s actions and ideas …”influence[d] the rearing of countless children, not only through her own writings but through the writings of Benjamin Spock…” (Bateson 1984, 29). Mead’s insistence on this form of child rearing intrigued Dr. Spock, so much so that he went on to write about and recommend that mothers breast feed their children when their babies were hungry rather than on a strict feeding schedule.

The desire to turn fieldwork into innovation continues to this day. Anthropologist Ken Banks is the founder of kiwanja.net, a group that helps social innovators, entrepreneurs, engaged citizens and non-profit organizations make better use of information and communication technologies in their work. They focus on mobile development. Banks is also the inventor of FrontlineSMS, a free text messaging system which allows anyone with a mobile phone to communicate with large groups of people. His invention allows for continued communication in parts of Africa that lack consistent Internet service. FrontlineSMS has been used for everything, from following elections in Nigeria to providing a way to track market prices in El Salvador among rural farmers. 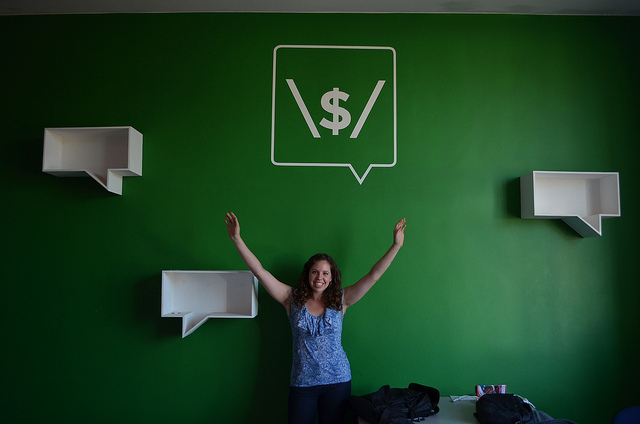 In the modern era, invention and innovation are also closely tied to engineering. The world wars of the 20th century allowed for funding to be poured into the sciences at high rates. The result was the creation of new physics and mathematical theories that allowed for unprecedented innovation, leading to new devices, such as programming languages and computers, as well as atomic bombs.

War is also a time famous for using and maybe also abusing the anthropologist.  Similar to other sciences, anthropology departments’ funding often increases during periods of conflict in an effort to focus on developments that would benefit the war effort. Many anthropologists have questioned the ethics of working with the military, especially as a catalyst for gathering and interpreting data that could destroy the “enemy”. Seeing how anthropologists are not usually engineers by trade, there are questions about why anthropologists are so heavily entrenched in military efforts. And yet today, the largest employer of anthropologists in the United States remains that US military. The second largest employer is Microsoft. As an anthropologist, my instinct is to dissect and understand how two seemingly disparate entities can possibly be connected by their desire for anthropologists. The short answer seems to be innovation.

And what is innovation but the act of finding something new? There are entire groups that are dedicated to being innovative. The majority of the people who would self identify as innovators these days appear to be tech engineers. It isn’t that engineers are not able to make new things. But true innovation isn’t only about the things we make. As Malcolm Gladwell states in his Ted Talk on the Norden Bombsight, “…this is the problem with our infatuation with the things we make. We think that things we make can solve our problems, but our problems are much more complex than that” (2011), Engineering is often concerned with accuracy, efficiency and precision. But just because we create something with those attributes doesn’t mean that we have solved the problem. Often, in order to truly solve a problem or to introduce something new, it is imperative that we understand the context that the problem exists in. That is what anthropologists are trained to do. 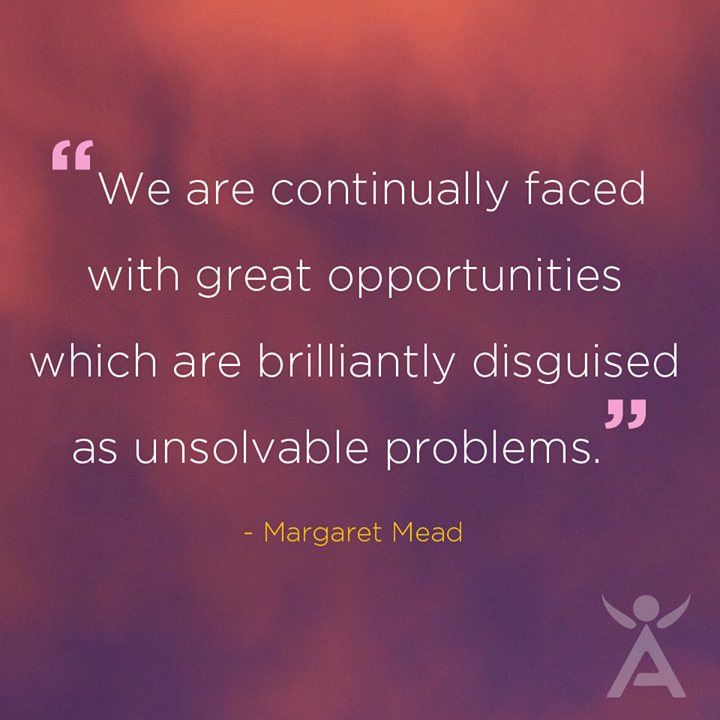 Anthropological innovation according to Margaret Mead

Accuracy solves only a small part of the innovation equation. The truly tough problem lies in knowing how to find your target. In this case, target can mean a military target, customer, or social norm. In order to find your target, you need to learn and understand something about them. The world is quite complex, and so is the way that people move within it. That complexity cannot be distilled only into precise and accurate objects. Distillation isn’t a true solution.

Anthropologists are equipped to work beyond the precise and the accurate and often live in the gray areas that color our lives. It is our willingness to muddle through the unknown that makes us such great contributors to the innovation space. This is best summed up by Genevieve Bell at The Anthropology of Innovation talk at the Computer History Museum. She states that the tasks her team performs are “…to use the…stories from everywhere to open up the conversation. What we actually do is not necessarily bring an answer, but we bring the opportunity to ask a different set of questions…The most significant job that we have…is using anthropological insights to challenge that voice we have inside of us about what is real and what is normal” (2013). What anthropology teaches us is to be inquisitive about the world around us. The ability to learn about how life is lived from a different angle is the spark that ignites innovation. Astrid is a digital strategist, software engineer and data analyst. She started out with plans to be a doctor, but switched majors and received her BA in Psychology from Baylor University. Realizing that she wanted to be in the field more than in the lab, she pursued a MA in Anthropology from University of Houston, where she focused on medical anthropology and chronic disease. Since then, Astrid has developed a strong interest in technology, analysis and social identity. Her curiosity led her to attend The Iron Yard Academy and learn to become a software developer. Now she enjoys mixing and matching her anthropological training with her tech skills to create products and experiences that resonate with others.She is the Director for Tech For Justice  an initiative to use technology to help people gain access to justice. She is an organizer for Rails Girls, a workshop that teaches girls and women how to code. Astrid is currently attending University of Houston-Victoria pursuing a masters in computer science and math. When she is not studying or working, she enjoys writing at her blog ianthro.com. She also loves to hang out on twitter, and LinkedIn.

DeGraff, Jeff (2014). “What is Innovation?” The Huffington Post. http://www.huffingtonpost.com/jeff-degraff/what-is-innovation_b_5939508.html.