Two subjects dominated the media this week in North America, giving us a break from the Presidential campaign, especially for us non-Americans. The first was Sandy. The second, of course, was this:

Many people have written about this story and I won’t try to reinvent the wheel. I’ll just summarize my feelings in the most efficient way possible:

2. I’m not sure if this is awful or awesome;

3. Maybe at least now Vader can get his job back?

I’ve been mapping out some reactions online and feelings range from overjoyed to total anger and despair. Some say Disney can’t possibly make something worse than Episode III, which I prefer to pretend doesn’t exist. I could be optimistic and say they are right. Then again, Disney has the capacity of making horrible movies, like most of their sequels demonstrate.

When I learned the news the franchise had been sold, I braced myself for all the memes that were coming our way. I started collecting them on a Pinterest board. Here are a few of my favorites. All credits and more photos can be found here. 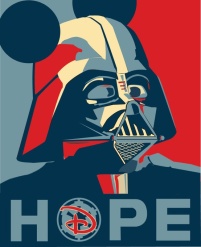 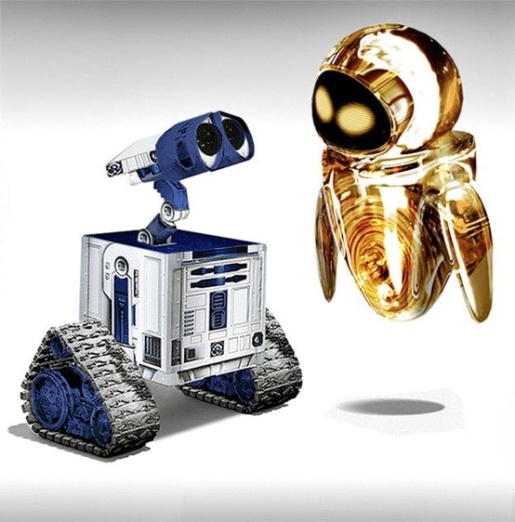 One thing is for sure, Disney knows how to suck people dry out of their money. If you thought there was already lots of Star Wars merchandise out there, get ready for more. That’s right, you’ll see more and more of this. I don’t necessarily mind merchandise as long as it’s tasteful, but sometimes more is just too much.

The fact that people are expressing their fear or excitement about what Disney might make of Star Wars proves how passionate they are about this franchise, which I would say has reached the level of a modern day mythology. In fact, Star Wars characters represent iconic persona like the good, the evil, the hero, the wise, and so one, so well, that they are often used as a canvas. They have become very dear to people. Reading comments on articles is a hobby of mine, and I wasn’t disappointed by what I found on this post by We Professionnal Liars. The post was Freshly Pressed, check it out!

How are you feeling about this whole idea of new Star Wars movies? Do you think Disney will respect the legacy and guaranty it lasts for decades to come? I suppose only time will tell…

Some of my favorite online articles on this topic:

Star Wars and Disney: Questions and Suggestions from one super fan

Video: George Lucas on the Future of Star Wars with Disney

Leave a Reply to thegeekanthropologist Cancel