Update: Colleen Lachowicz was elected to the Senate in November 2012.

According to this BBC news articles, Maine’s Democrat candidate Colleen Lachowicz is being attacked by her Republican opponent, Tom Martin, because she is a World of Warcraft (WOW) player. 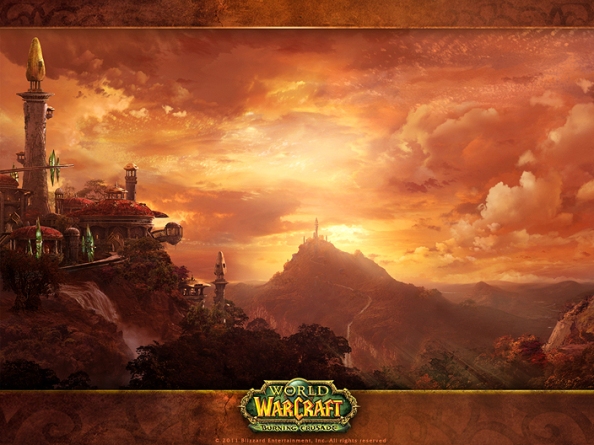 In order to represent Lachowicz as unfit for political work, Tom Martin and his team have created a website, Collen’s World, where they argue that as a WOW player, she leads a strange double-life and nurtures a scary appreciation for killing and poisoning others without real-life consequences. The authors of the website represent her as living in a fantasy world and emphasis on statistics such as this:

“Studies have found the average WOW gamer is 28, and spends 22.7 hours a week playing in Azeroth.”

Such statistics, used to give an impression of legitimacy to readers, suggest that Lachowicz might be spending a good amount of time online, and that WOW might keep her too busy for her to perform well in office. Notice that even if the sentence reads “studies show”, a single survey conducted with about 1000 informants is linked. While the survey seems to have been fairly well conducted and the website looks credible, statistics taken from 1000 people should not be overly generalized to a population of gamers of well over tens of millions.

The website in question, Colleen’s World, is mostly based on quotes taken from a post and comments the she published about WOW on the Daily KOS, a left-wing discussion website. Of course, Lachowicz published all of these thinking she was interacting with a community of like-minded, friendly people. She might have been clumsy to write some of the things she did, but nothing she wrote suggests she is unstable or unfit for office. In addition, the material quoted on the site was carefully selected. This part of her post on the Daily KOS was not quoted on Colleen’s World, for example:

“So join us on in Azeroth.  Anyone can play this game. It takes a little bit of time to get used to it, if you haven’t played a MMORPG game before.  And having a Kossack guild is great.  Friends to discuss politics or other things while playing, without drama.”

It turns out while immersed in the WOW ”make-believe” world, Colleen Lachowicz discusses politics of the ”tangible” world with fellow players.

Why is it that being a WOW player can still be used against you if about 9 million people around the world play it? They aren’t the only gamers out there either: about 11 million people play League of Legends, and StarCraft players travel the world to take part in competitions. E-sports are becoming more popular and various forms of gaming are becoming available to broader audiences through mobile devices and smartphones. What is it about “gamer” that still sounds like “looser”?

Gaming researcher Ladan Cockshut, interviewed by the BBC, stated that people carefully select the colleagues and friends to whom they admit to playing video games, often feeling embarrassed and apologetic about it. According to her, the fact that Lachowicz, a proclaimed gamer, is running for office, contradicts negative stereotypes about gamers (people who don’t have a life, who are antisocial, etc.) and could lead to dialogue about “the role that games can and should play in modern society”.

Colleen Lachowicz released a statement about her adversary’s strategy on October 4th. She stated the following:

“I think it’s weird that I’m being targeted for playing online games. Apparently I’m in good company since there are 183 million other Americans who also enjoy online games. What’s next? Will I be ostracized for playing Angry Birds or Words with Friends? If so, guilty as charged!”

For my part, I think it was clumsy on Tom Martin’s part to try to use the Internet to attack a gamer. Nowadays, those who are active online connect and collaborate in very efficient ways. The solidarity they display is nothing short of astonishing and can go as far as being dangerous for some. The Republican candidate would have been more successful preaching to people who don’t know much about or gaming and the Internet. Instead, he managed to get crowds of Internet savvy gamers, geeks and nerds very angry. This hilarious article illustrates this, but this comment, left on Lachowicz’s statement, summarizes it perfectly:

Alabama here. Kick some ass Colleen. The internet has your back.

And so does this Blood Elf Hunter. Geeks, nerds and gamers should not be attacked for loving what they love and rocking at what they do. Electoral candidates should debate on each other’s ideas and professional practices instead of attacking one another on a personal level. So, Colleen Lachowicz, I may not be able to vote for you, but if you ever need a friend to do a raid, I’d be happy to join in the fun!