Close your eyes, don’t read another word, and imagine the scene of your favorite fantasy book. Think about the details that make it vivid – is it the description of the way the city street wound around the hill tighter than a clock gauge? Or how magic sparkled in the dust as people trod upon the dusty road, making them have to cover their mouths? Or how the fastest way across town was teleportation, and everyone knew it?

When you pick up a book, it’s like stepping into a new world. Especially in fantasy and fiction literature, the author’s words transport you to a new setting – perhaps another city, or an alternate galaxy entirely – and introduce you to characters who are unlike anyone you have ever met, yet resonate with the people within your own life-sphere. And if you are as addicted to fiction as I am, then you will understand the yearning for that mind suck, that complete immersion into a piece of work where you forget time, you forget space and, for a moment, you treat that character as real. Suddenly, you begin to reason with their thoughts, predict or are shocked by their actions. In other words, you now, too, inhabit the world of the book.

As a kid, I read constantly. So much so that my dad still says he regrets not putting stock in Barnes & Noble. Each book I voraciously consumed fed not only my interest in the fantasy world, but also my mind and creativity. I learned how to accept a world crafted by the author as real – always already, agentive – so as to understand a character, their motives, their lifestyles and practices. It was only with age that I began discerning a truly good book, which snatched the soul for a brief journey, and a flat, stale story. In short, getting into the scene and history that the author wrote was, for me, the first step to reading.

Now, in a time of grad school where the only reading I do for fun is the news – bleak I know – I find myself taking the same book reading strategy and applying it to my own academic work. As anthropologists, we are trained to look beyond the exterior of a people or culture and trace all the details that make up that culture or community. Yet, becoming a part of a community is often a difficult part of the fieldwork experience; what if you don’t connect with your informants? What if you are not objective enough or open enough to see that other worldview? 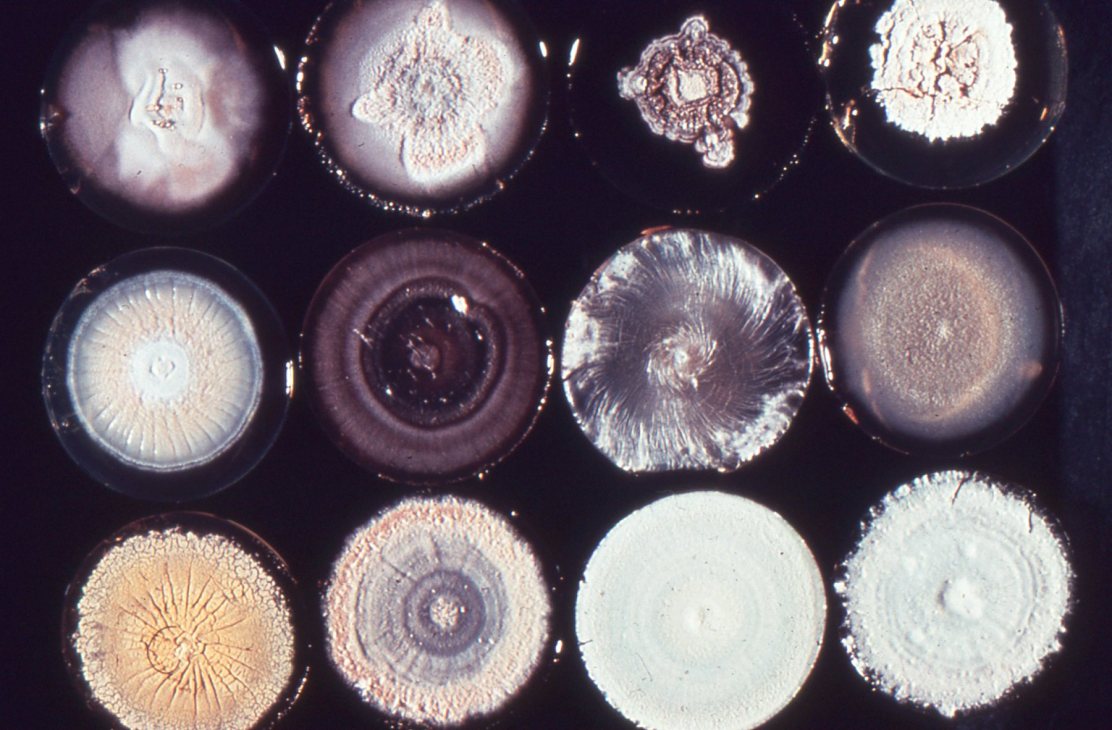 Implicit in the desire or goal to understand another’s values and practices is first a need to accept them. In other words, if we, as anthropologists, do not invest in a particular culture’s worldview – not necessarily without question, but enough to act according to its rules – then it will be extremely difficult to understand how that social construction works and what it means to the people involved. Let’s break it down a little further. Everyone has their own truth, their own way of seeing and acting in the world. I am a mid-twenties, woman of color, who grew up in a middle class (whatever that means) household. The way I act in the world is an amalgamation of my parent’s beliefs, my Montessori education, the woman-power inherent in family dynamics, the dance school I lived at, the politics at the time, the proliferation of Spanish speaking among certain members in my house, that I had a cat, and was the older sister. And so much more. Some of these identities I share with other people. Other identities, such as being bi-racial, were a more pronounced difference within my community, but continued to shape my identity as I grew older and understood what it meant to be between two-plus racial groups. My worldview is not a concrete pillar – starting from birth and progressing forward. It is similar to the rain cycle. I absorb moisture – knowledge – from many places and “rain” what I believe. Sometimes I am a lone cloud, but often I share the sky with other clouds or birds or airplanes. We each share a similar worldview – we are in the sky or we can fly – but each of us, the bird, the plane and the cloud, are different in how we act and interact with each other. While conducting research, a good anthropologist can understand that clouds, birds and airplanes have different versions of the world and work within that framework.

Perhaps I am a bit outrageous by comparing how worldviews differ from person to person or culture to culture to the weather, however, I have found that accepting another’s worldview in conducting field work is exactly how I begin to read a book. Through reading, I learned how to be an observer, one who learned through my informant – the author or characters – how to read the rules of the fantasy world and not only think within that frame, but also treat it as the dominant worldview. There are a ton of theories that shape the discourse of worldview – from Durkheim’s social fact to Bourdieu’s Habitus to de Certaeu’s everyday practice. Each of these theorists pick apart a facet of what culture is and how it can be expressed or explained. Implicit to their ideas is that people do not just do things, nor do individuals have infinite choices in what they do. Think back to your own beliefs, how much of them have been formed or at least founded by your parents, school, friends or youth group. But culture is not a one way street, and your own thoughts about your beliefs and ideas feed back into the community where you gain those beliefs, further shaping consciousness. Like a book, which is bound up with the truths that make the world realistic and people full of depth – it is belief in the veracity of a cultural outlook – that shapes your truth. It is one specific to you but also shared, stretched and connected higgledy piggledy across multiple places, spaces, peoples and times.

This summer I did research about music and education in a small village in Guatemala. Without going into too much detail, my worst fear was that I would fall into the trap of judging the village’s culture against my own biases and worldview. Anthropologists are supposed to be critical; it is our job to not just be objective, but also to understand our own subjectivities. In other words, we need to know how our lives have shaped how we view the world and, thus, will influence how we study (with) others. Good research is creative, not only in methods but also in mindset. Think of whole-heartedly engaged reading as a strategy to understand, and more importantly, respect worldviews in general, whether literally or literature-ly.

When we do research, we agree to constantly and conscientiously work towards empathy. Otherwise, if we cannot acknowledge and respect other’s beliefs of their world, then we will continue to misread and misrepresent the people we seek to understand. Why is it easier to believe in wizards and wands than the fact that the refugees in Syria, the border control guards in Arizona and the labor workers in Hong Kong have a different worldview than each other and from ourselves? Or take my own research, in which the people’s conception of music was bound within not only the everyday lives of the people, but also in the foundation of kinship relationships, religious festivals and multi-generational identity. To understand this, I had to see music as more than an art form, and expand it to include a historical, socially malleable and living language. Therefore, while we may not agree with the messages groups espouse or the way they live their lives, we have an obligation to acknowledge and respect their ability to see the world differently than we do. 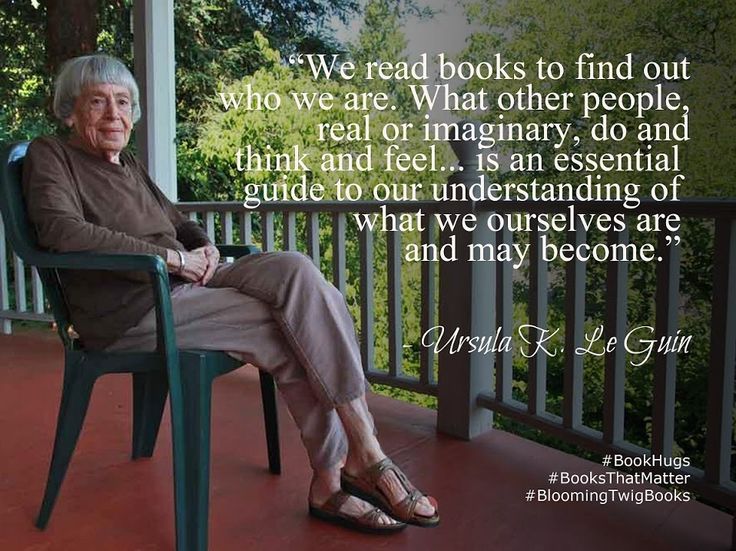 Now, one difference in anthropology is that unlike reading a book, we are not only an observer, but also an active and agentive part of the system or community we enter. Perhaps this shift is a complicating factor, but it does not change the fact that the way to get at the complexity of a community is by taking the leap from our mindset to another’s. We engage with what we don’t know, knowing or hoping that perhaps, someday, we will have more knowledge and wisdom than we do now. The people who enter our lives are characters of their own novels, writers of their own stories. And we are minor or major characters of their plot, as they are in ours. We are afforded the opportunity as anthropologists to push aside the idea that the world is simple like a fairy tale or as uncomplicated as a poorly written novel. The preface of life is that its protagonists are deep wells of personality, practice and passions. Turn that page, and find out what happens next.

Dana Burton is a current MA student of anthropology, with a focus in education methods. Specifically, she is interested in how people learn and the practice of learning, in order to apply it to education innovation projects to allow an intersected view of leaning enter classrooms and textbooks. Dana speaks Spanish almost fluently, so her interest in education reform stretches across the US to Central and South America. Her most recent travels were to Guatemala, where she conducted research on traditional music and music education. Dana drinks her coffee black, dances blues and has a great sense of direction. She is a prolific writer when inspiration hits. Her bookshelves, stuffed with all the books she has ever owned, is her most precious possession. Ask her about the merits of Montessori, her favorite female fantasy protagonists and wine at your own risk via danaburton19@gmail.com.