With Christmas approaching, we thought we would share our wishlist with our readers. Don’t be mistaken, we are not fishing for presents, but instead want to provide you with ideas of thoughtful gifts for the geek anthropologists around you. You might even find you’ll want some of these for yourself!

At this price (110$), this one is definitely generous present to offer the anthropologist you care for (or yourself). However, if it so happens that you don’t own a money tree, We recommend La pensée sauvage  (The Savage Mind), Marie-Pierre’s favorite work by Lévi-Strauss.

Forget collectibles and t-shirts: us geek anthropologists show our love for all things geek by consuming academic critiques and analysis!

In this book, Andrew Hoberek, an associate professor of English at the University of Missouri, considers the impact of Watchmen on the comic book industry and  literature as a whole. He also explores how this famous franchise engaged with political and philosophical ideas which are as relevant today as they were in the 1980s.

Folklore, Horror Stories and the Slender Man: The Development of an Internet Mythology, by Shira Chess & Eric Newsom 2014

A blend of culture and media studies, the book promises to introduce “unique attributes of digital culture and establishes a needed framework for studies of other Internet memes and mythologies.” Considering the emergent use of the Internet as a site for fieldwork, and the recent shift in folklore studies towards cyberlore, the publication is a much-needed, and much desired contribution to the study of digital culture. Who can refuse the promise of a spooky story?

The Philosophy of Horror: Or, Paradoxes of the Heart, by Noel Carroll 1990

Now a canonical touchstone for the study of horror, Carroll’s book develops a theory of horror that spans generations and forms of media. The book was used as a framing text for a class on Asian Horror Films at my undergraduate school and revolutionized the way that we think about the genre across disciplines.

Gender at the Crossroads of Knowledge: Feminist Anthropology in the Postmodern Era, Ed. Micaela di Leonardo 1991

At this past year’s AAA Meeting, the Association of Feminist Anthropology hosted a number of dynamic, insightful panels. But we realize that we have yet to read any ethnographies explicitly about the practice and application of feminist anthropology. The collection includes twelve essays from a variety of anthropological perspectives, and proposes a direction for feminist anthropology in our postmodern era. In light of recent articles about sexual harassment during fieldwork, we are interested to learn more about what it means to be a female anthropologist.

Metaphors We Live By, by George Lakoff & Mark Johnson 1980

For those of us who are interested in the way language shapes, or is shaped by culture, Lakoff and Johnson’s ethnography analyze the metaphors we deploy in everyday speech, noting the significance of the symbolism. It’s not only a fascinating perspective on linguistic anthropology, but an interesting medium for self-reflection, making you think twice about the language you use, and why.

The popularity and production of anime and manga in Japan emerge from a particular cultural milieu, history and syncretic combination of religious beliefs. Linking the artistic practices and stories of the genre, Thomas looks beyond the pages to examine how manga and anime fit into Japanese culture with an eye on spirituality. 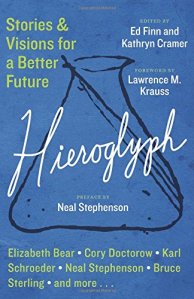 An anthology of stories and articles by science fiction writers, critics and academics, the anthology is premised around “techno-optimism” to propose new possibilities and opportunities for the not so distant future. Simultaneously entertaining and enlightening, the collection melds together genres into an entirely novel, thought-provoking project.

However Long the Night: Molly Melching’s Journey to Help Millions of African Women and Girls Triumph, by Aimee Molloy 2014 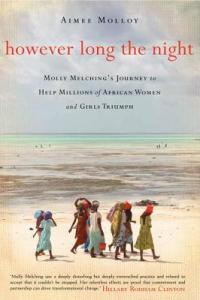 Although the title is somewhat problematic, the subject matter delves into the intersection between culture and social justice. Molly Melching began working in Senegal in the early 1970’s. Interested in education, especially for young girls, Melching began developing creative teaching pedagogies that utilized indigenous forms of art and storytelling. This project eventually transformed, with the help of UNICEF, into TOSTAN (meaning “breakthrough” in Wolof), a community-based education program that draws upon a human rights based framework to empower young women and alter harmful cultural practices like Female Genital Mutilation (FGM).

What is on your anthrogeek Christmas Wishlist? Leave us a comment below!