A little over a year ago,  I decided I wanted to understand what the buzz was about over My Little Pony: Friendship is Magic (MLP: FIM). Why were so many adults, and so many men, fans of the show? Having read about bronies and pegasisters, I was intrigued: were these people truly into the show or were they making fun of it? So one night, my husband and I pushed play on the first episode while having dinner. Out of curiosity. Without expecting anything.

Today we own matching Rainbow Dash t-shirts and we know the lyrics to most of the songs on the show. Welcome to the herd indeed. 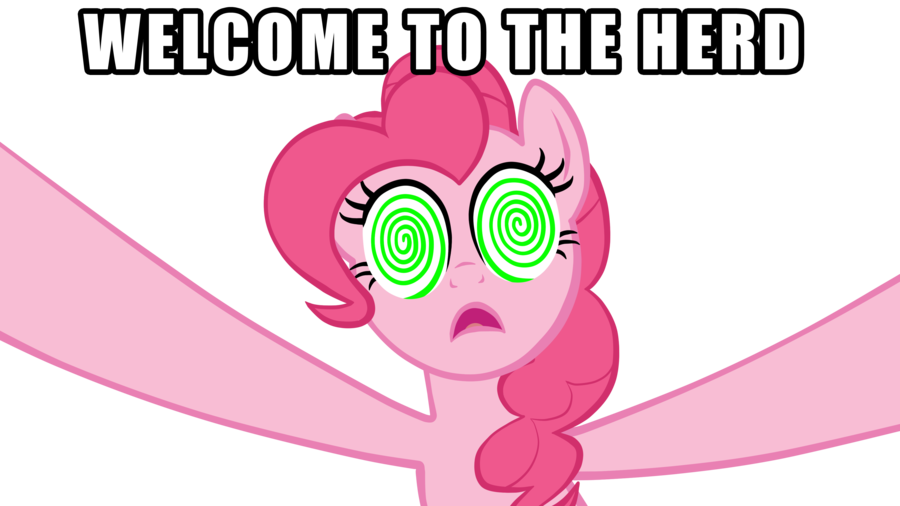 Welcome to the Herd by Astanine on Deviantart

We instantly liked the show. While I have introduced my other half to several TV shows I love, such as Star Trek: The Next Generation, Stargate SG-1 and Doctor Who (11th), MLP: FIM is the first show we are both equally enthusiastic about. (Since then I have convinced him to watch Fringe, which he adored, but that is a discussion for another Weekly Geekout post).

So why do I love MLP: FIM so much? Here are the mane 6 reasons why!

1. The characters are compelling and relatable

The mane six, the six main (pony) characters of the show, and Spike the dragon, have very distinct personalities. Pinkie Pie, Twilight Sparkle, Rainbow Dash, Fluttershy, Applejack, Rarity  and Spike, complete each other perfectly and are the best of friends.  They evolve and grow, face their fears, develop new interests, and yet their personalities are developed coherently through the seasons.

The episode which really got me hooked on the show is ”Winter Wrap Up” (S1E11): it features one of the many wonderful songs of the show, which bears the same title as the episode. My other personal favorite is the song Smile. Look these up online, as sadly Hasbro has yet to produce an official MLP FIM soundtrack.

The animation, the voice acting, and the writing on the show are of a high standard. Of course, some episodes and the movie Equestria Girls leave much to be desired, but each series has bad apples. In MLP FIM‘s case however, most of the apples are great. Like the Apple family. This makes it a show both kids and parents can enjoy. Or, you know, 20 something adults with no children.

All Good Apples! The Apple Family
by Stell-e on Deviantart

Feeling a little blue? Have the cold? Can’t deal with all the work you still have to do before the end of the semester? Watching the Mythbusters blow stuff up isn’t cutting it anymore? Then MLP FIM might be your remedy, with its bright colors, hopeful and positive lessons, good laughs and upbeat songs, it will make you smile, smile, smile, grin, grin, grin…

Several fans of MLP FIM advocate against bullying, homophobia, sexism and the idea that some hobbies, media or activities are meant exclusively for persons of a certain gender. The fandom came together to support Micheal Morones after his attempted suicide and denounced bullying of men and boys who enjoy media labelled as being targeted at girls and women. They also expressed support for Grayson Bruce who was bullied for liking the show and who initially received no support from his school.

Most of the fans I know or follow on YouTube or blogs celebrate differences between people and advocate for tolerance. The picture isn’t perfect however, and it is rather interesting to note that so many males in the fandom have chosen a male-centric name for the fandom: bronies (brothers+ponies).

Those who pay close attention will notice there are several easter eggs and popular culture references in MLP FIM. The show would be funny without them, but a Pokémon reference or a pony doing a duck face in a photo are pretty funny.

I hope I have conviced you to give MLP FIM a chance! Trust me, resistance is futile. You will join the herd. Hoof bump!