Some people watch football or hockey. I like watching e-sports.

More precisely, I enjoy watching the Day[9] Daily, in which Sean Plott, a 12-year veteran and top player of StarCraft, analyses strategies relating to this game.

Do I play StarCraft frequently? No. Do I play the multiplayer mode? No. Do I excel at the game? Not really.

Do you play all the sports you watch on television? Probably not, but I am certain you enjoy watching them nonetheless.

I only occasionally play StarCraft, but I enjoy it regardless. During the last holiday season, I spent 14 hours straight playing the campaign of StarCraft II: Heart of the Swarm. The first version of the game was a favorite of mine when I was in high school: back then I used cheat codes and usually disregarded the purpose of the game, attempting instead to deplete resources and create fully upgraded troops. While this type of gameplay was a lot of fun, I missed out on the challenge of developing the necessary skills and strategy to excel at the game. Watching the Day[9] Daily motivates me to do just that, and provides me with a better understanding of StarCraft mechanics. The show has drastically changed my perception of the game and my gameplay experience. 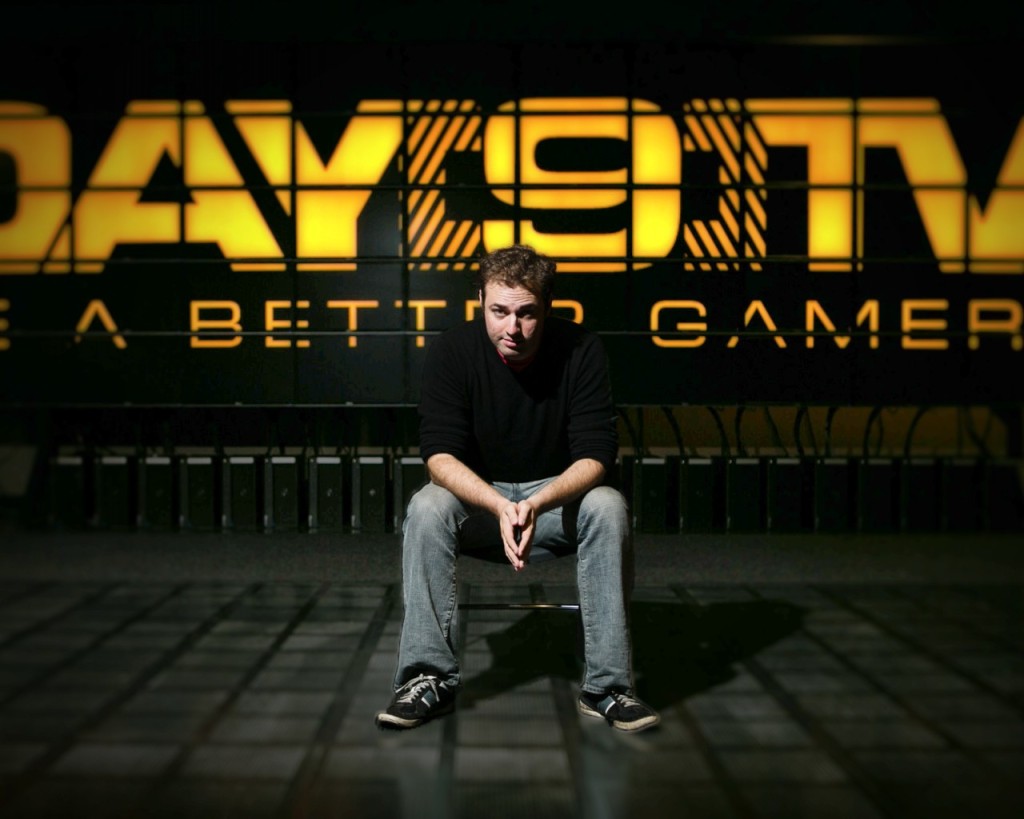 Whether one plays StarCraft or not, the Day[9] Daily is a fun show to watch. Sean Plott is hilarious, and he frequently digreses from his StarCraft analysis to discuss other topics.  He interacts with his fans, the DayKnights, who actively participate in the chat room during the show, and recommends good music. Of course, enjoying the daily does requires a minimum amount of knowledge about StarCraft: would you enjoy watching a chess tournament if you didn’t know the rules? It would probably confuse and bore you.

However, the Day[9] dailies are accessible, funny and entertaining for everyone. Let’s take Funday Monday for instance. Every week, Plott proposes a funny rule for players to follow while playing the game. They in turn submit replays of their games to him, which he analyses during the show. Weekly rules include never attacking, telling your oponent everything you are doing, the best nuclear wars, or the stupidest games ever. The show is highly popular and is the subject of a fan-made song.

On Friday, Plott presents Day[9]’s Day off in which he plays various video games of his choice. I enjoy watching this show to discover new video games to play. A recent episode featured Dishonored and convinced me to pick up this game. Of course, the show contains major spoilers, so I usually watch it when it concerns games I don’t intend to play, such as the ones featuring zombies (way to scary and stressful).

Another hilarious show is Mostly Walking, presented by Plott and two of his friends, Bill Graner and Sean Bouchard, in which they play and analyse vintage adventure games. The trio previously presented Metadating, a show about video games relating to dating and love. If you are looking for laughs, Plott’s playthroughs of scary games like Amnesia are the cherry on the sunday. Don’t set your volume too high: screams will be loud and occasional swearing will occur.

If you wish to learn more about Sean Plott, I have written about Plott’s involvement in the StarCraft community before. I sincerely hope you enjoy watching the Day[9]  Daily!