Marie-Pierre offers some great examples of how personalities of anthropological characters are portrayed. I wanted to add that Doctor Who’s River Song not only portrays a strong, independent female character, but one who is central to the main storyline. While most anthropologist roles are incorporated only in self-contained episodes, River Song is one of the few characters to play an active role over many seasons. 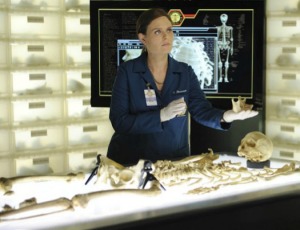 Emma’s commentary also mentions an important point: people who are uncomfortable with social situations typically would not become anthropologists. Even those who work with material culture (i.e. skeletons) like Dr. Brennan on Bones, would still need to have an understanding of human interaction to put what they are finding into context. Yet, there is still diversity within anthropology and there are some socially awkward anthropologists. In Stargate SG-1, Dr. Robert Rothman, quotes the following in the episode “The First Ones” (S4E8), “…give me a million year old fossil and I’ll tell you what it had for breakfast, but I…I’m not good at people…they’re too recent.” This quote sums up how he is portrayed as an archaeologist without social skills.

What were some of the inspirations for these anthropological portrayals? Perhaps some of the examples Marie-Pierre mentions stem from the early days of the discipline of anthropology. One of the most famous anthropologists of all time is Bronislaw Malinowski. He conducted fieldwork with the Trobriand Islanders in the early 1900’s for many years and became quite the influential figure in several disciplines (Murdock 1943). Malinowski was a white man who wore glasses and the neutral coloured clothing of the time, which may have had an influence in how pop culture gleaned an anthropological aesthetic. 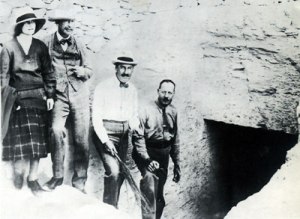 Another possible influence is Howard Carter and his famous Egyptian excavation in 1922. Carter and his team found the famous pharaoh Tutankhamen’s tomb. This find garnered a plethora of media attention, but an unfortunate consequence followed. Several men who worked on the site died shortly after the tomb was excavated. Imaginations ran wild and led to a belief in a “mummy’s curse.” Alas, research by Mark Nelson (2002) concluded that there was no existence of a mummy’s curse. Contemporary movies like The Mummy (1932), The Mummy (1999), The Curse of King Tut’s Tomb (2006) and also the Doctor Who episode “Pyramids of Mars” (S8, E1-4) all may have been inspired by the 1922 excavation curse.

Science fiction producers take interesting and exotic ideas that will sell to the general public. Personalities, fashion, and research all have a part to play in how pop culture depicts anthropologists. Whenever there are generalizations of anthropologists within media (or any discipline) it can give inaccurate depictions of who anthropologists are and what they do. Fortunately, blogs like The Geek Anthropologist are here to provide different perspectives and critiques when science fiction goes astray.