This post was Freshly Pressed. Our thanks to the WordPress team for selecting it! 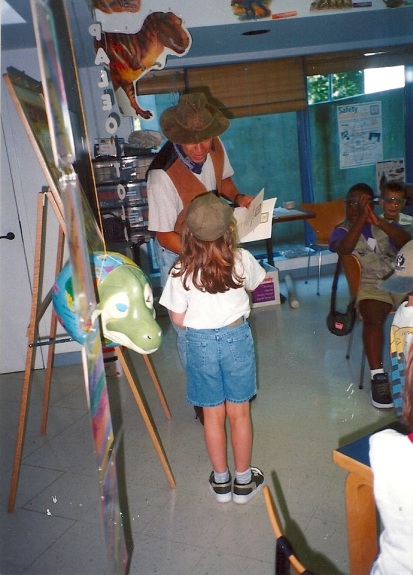 For as long as I can remember, I have been a geek. When all my other classmates were socializing or playing outside on their weekends, I was in my basement buried in the complicated task of building complex, intricate worlds. Sure, I would play outside, but my neighbor and I would invent fantastical quests, transforming a shrub into a secret fortress and collecting flowers to mix into “magical potions.” At sleepovers, when my friends would pile around the TV to watch the latest Mary-Kate and Ashley movie, I’d slink away to watch Titan A.E with their brothers.

I would go through periods of obsession. I’d get hooked on a time period or cultural movement and read everything I could about it. First it was the medieval lore of King Arthur, the Lady of the Lake, and the sorceress Morgan le Fay. After that I become enthralled with dinosaurs and the field of paleontology—I’d spend my weekends watching Walking with Dinosaurs and digging around in my backyard pretending to be on an excavation. This fascination with paleontology quickly transformed into a devotion to archaeology. I became enthralled with the stories of King Tutankhamen and his discovery by Howard Carter. By fourth grade, I was convinced that I would become an Egyptologist.

But my enchantment with Egyptian culture soon expanded into other cultures and countries as well. I discovered my mother’s old issues of National Geographic in my basement and bought encyclopedias of the world. I learned about the massive heads on Easter Island, the folktales of Momotaro in Japan and the violent myths of ancient Greece. At the same time, I plumbed my local library’s shelves for every science fiction and fantasy book I could get my hands on.

As I got older, my geeky interests never waned, but I kept them private. The few times I’d try to talk to a teacher about my love of Interview with the Vampire or Ender’s Game, they’d tell me that such books were unworthy of the academic pursuits of the eighth grade. I simply didn’t understand why The Simarillion wasn’t as important as The Old Man and the Sea. My science fiction and fantasy books delved into the complexity of life and the eternally brutal act of growing up. They utilized the vehicle of fantasy or dystopian realities to explore the questions I myself was working through as I grew and matured, in ways that were simultaneously familiar and strange. After all, growing up often felt very alienating. These books made me think in different ways that subconsciously, yet incrementally and radically, shaped the way I think about the world. These books taught me how to flexibly and creatively analyze and comprehend problems or challenges, serving as vital texts that informed my conceptions of humanity, empathy and imagination.

When I got to college, I thought I’d

have to retire my geeky interests. But then I was introduced to Anthropology, my professors singing the praises of Margaret Mead and Franz Boas. Some of the more creative ethnographies read like novels, exploring a different culture with the skill and poetry of any of the fictional authors I’d cherished. I realized I could study folklore and the practice of voudon like Zora Neale Hurston, or combine my interest in literature with the study of culture like Ruth Benedict. I was encouraged to analyze concepts of gender and sexuality in my favorite Japanese anime shows, like Bleach and Soul Eater, and incorporate my love of Hayao Miyazaki’s movies into an exploration of the Japanese religion of Shinto. My geeky interests were not only relevant—they were encouraged. I’d discovered a real job that celebrated the diversity and beauty of indigenous cultures and sought to explain, unpack and creatively write about them. I had found a discipline where all of my interests in religion, folklore, mythology, supernatural beliefs, cyborgs, strange cultural phenomena and science fiction complemented and informed each other.

I love anthropology because it celebrates my geekiness and gives it relevance in the real world. My identity as a geek prepared me to be an anthropologist in ways I am still discovering today—the perpetual stranger or xenologist in the midst of alien cultures.